Like other web applications, Oracle ADF applications potentially use a lot of JVM memory. Many times, the root cause of a high memory usage is that application data retrieved from the database into memory is not properly limited; hundreds or thousands of rows (with too many attributes) are fetched and held in ADF BC memory. This can lead to memory over-consumption, very long running JVM garbage collections, a freeze of all current requests or even OutOfMemoryErrors. To make matters worse, these rows and their attributes are frequently retained (passivated and activated) in the session for an unnecessary long period of time. The solution to this problem can be found in reducing the size of sessions by decreasing of the amount of data loaded and held in the session. With a low memory consumption, a more responsive, stable and scalable ADF application can be delivered.

This blog describes one of the new features of the ADF Performance Monitor; a kind of ADF BC memory recorder and analyzer. It detects and warns when too many rows are being fetched (from the database or webservice) and held in ADF BC memory.

ADF BC memory load analyzer of the ADF Performance Monitor

For a selected time range (month, week, day, hour, 5 minute), the tool gives aggregated overviews for each ViewObject instance how many rows have been fetched/loaded into ADF BC memory (ViewObject row cache and entity cache). ViewObjects that frequently fetch hundreds or thousands of rows – and potentially waste memory – can be detected. Individual high fetches/loads can be further analyzed.

For each ViewObject, for a selected time range (month, week, day, e.g.), there are the following overviews: 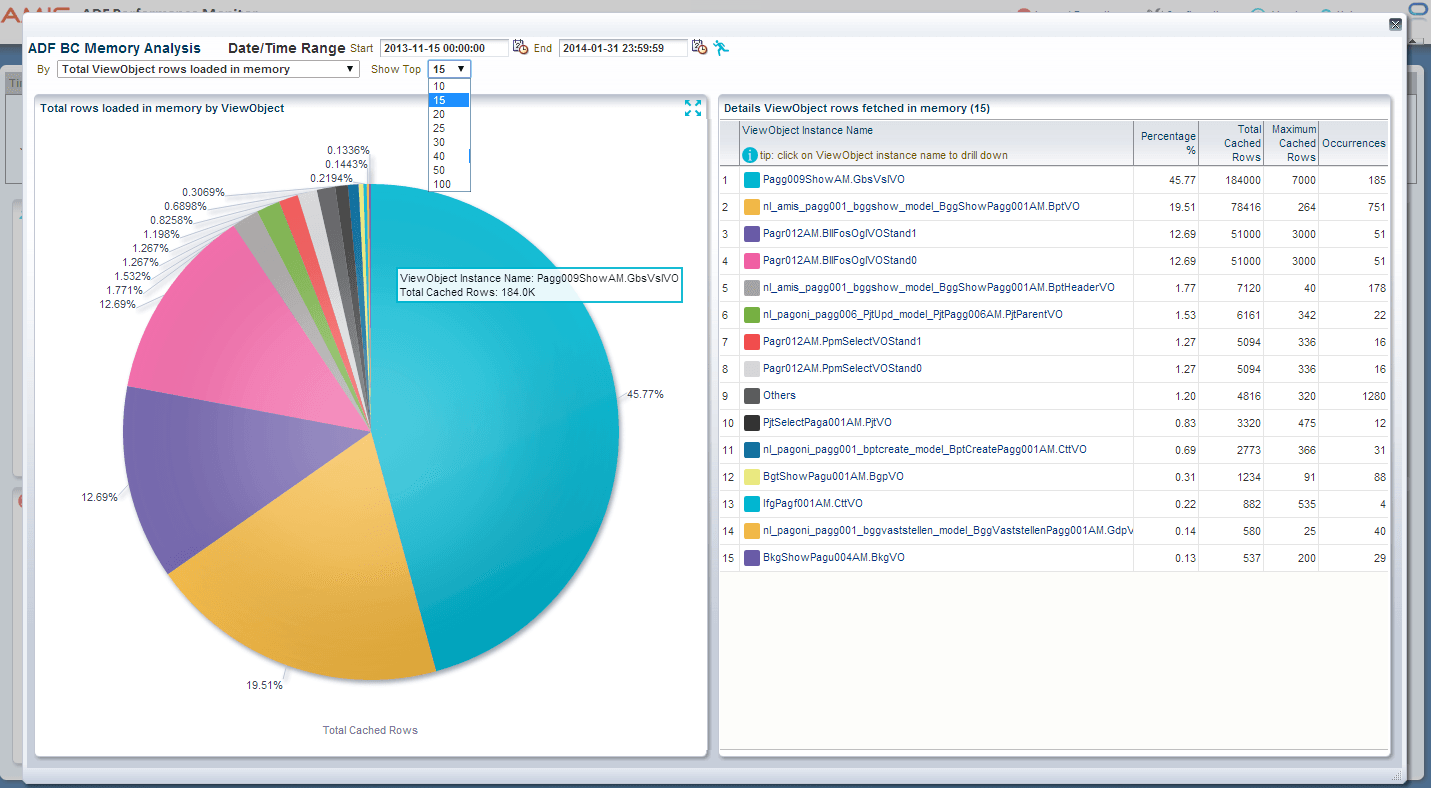 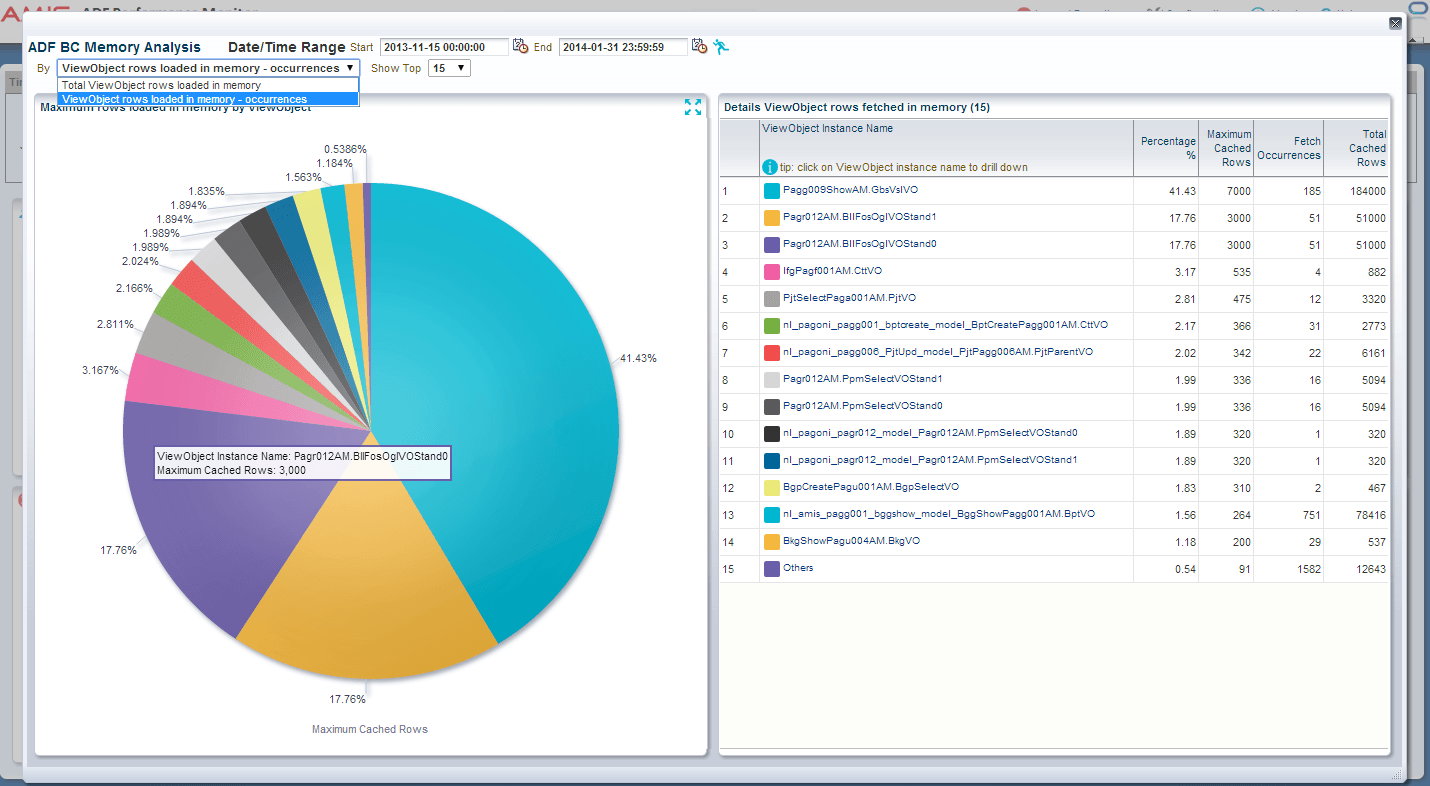 With these two overviews, ViewObject instances that frequently fetch and load too many database rows can be addressed.

The tool can zoom in and analyze the individual high load (fetch) occurrences of a ViewObject (click on the ViewObject instance name). In the detail overview we can analyze when the high load occurrences happened and how many rows were fetched each time: 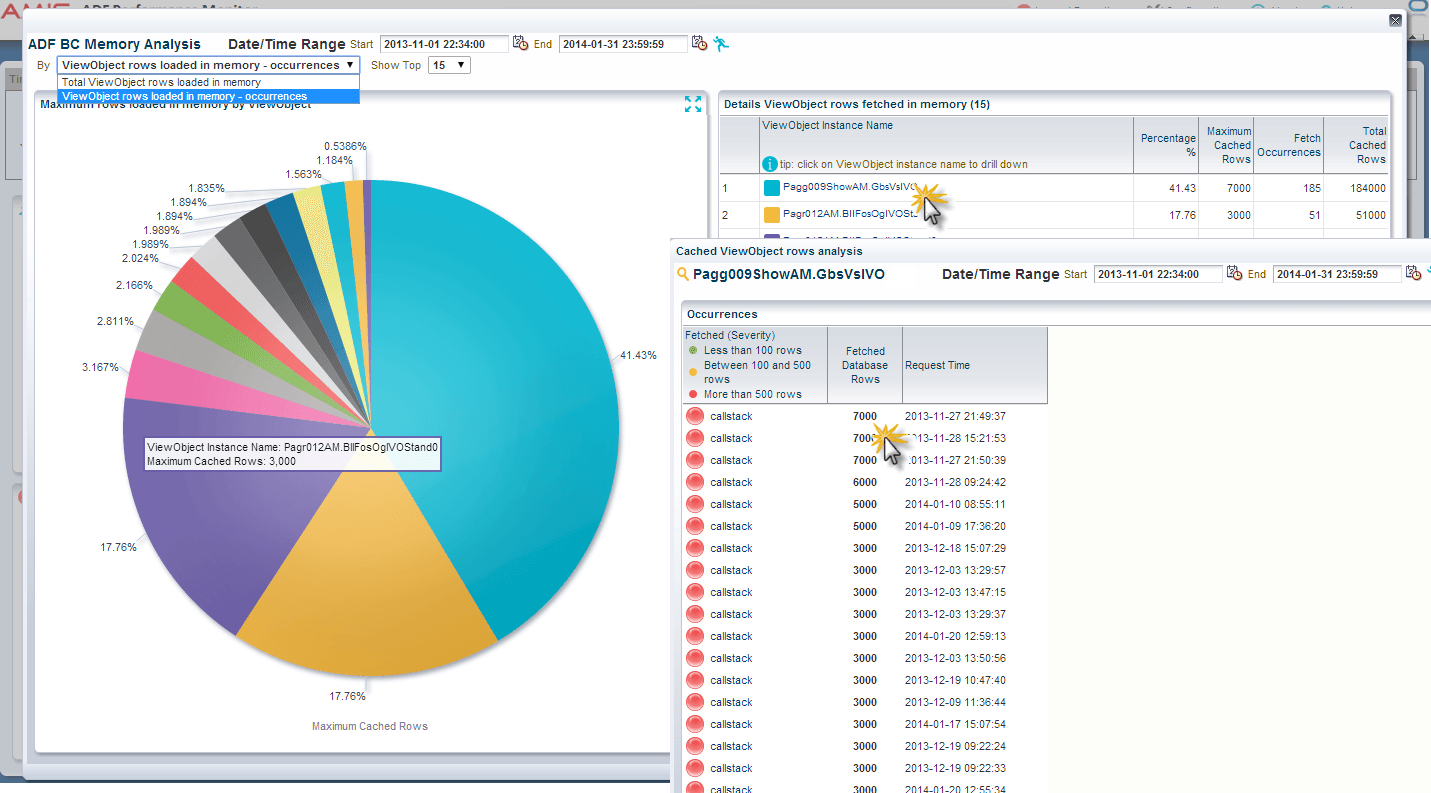 We can drill down further to the call stack of the HTTP request. It can be useful to analyze, and find out more details about the circumstances of the high load like: What were the bind parameter values of the ViewObject query? Which ViewCriteria were applied (if one was applied)? Did it happen during ApplicationModule activation? Which taskflow was involved ? 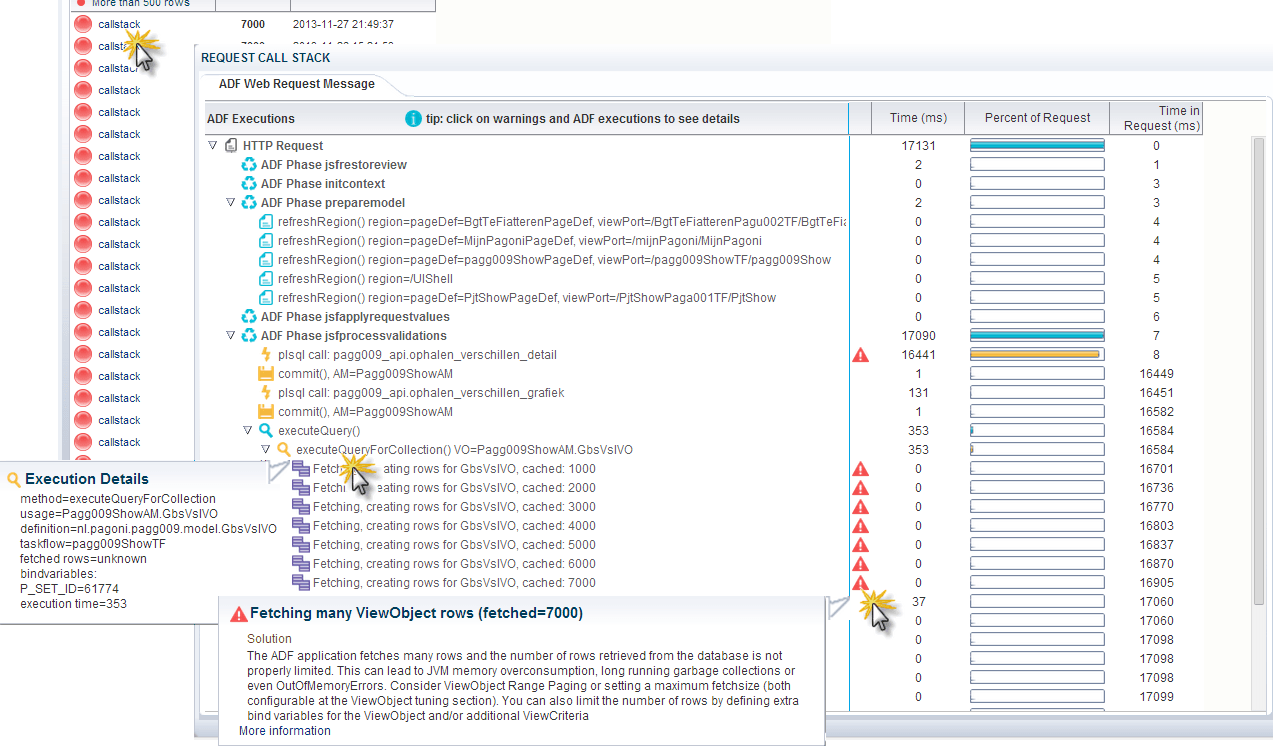 With all this detail information, ViewObject instances that frequently waste ADF BC memory can be addressed. For example by adding extra bind parameters, setting a (better) maximum fetchsize or using Range Paging.

Detecting an overload of ViewObject rows

The metrics classes of the ADF Performance Monitor make use of extension points in the ADF framework in order to measure the time every action/step takes in a http request. It makes use of ADF BC framework extension classes. To measure how many rows are fetched from the database and how many ViewObject rows are created and cached, there are several possibilities:

And counting them in the BaseViewRowImpl. Before a query is executed (again), you should reset the counter.  You can do this in the executeForCollection(), the method that is invoked before each database query. 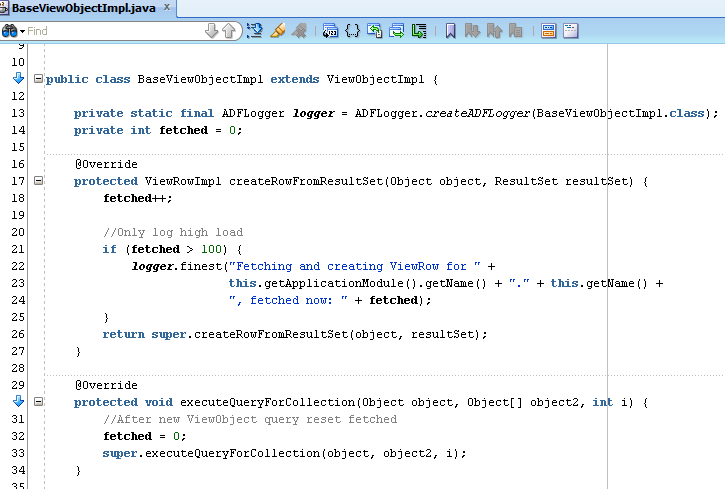 A high load can now be detected in JDevelopers console log. You might want to not log every single row that is fetched but only when you detect a high load. 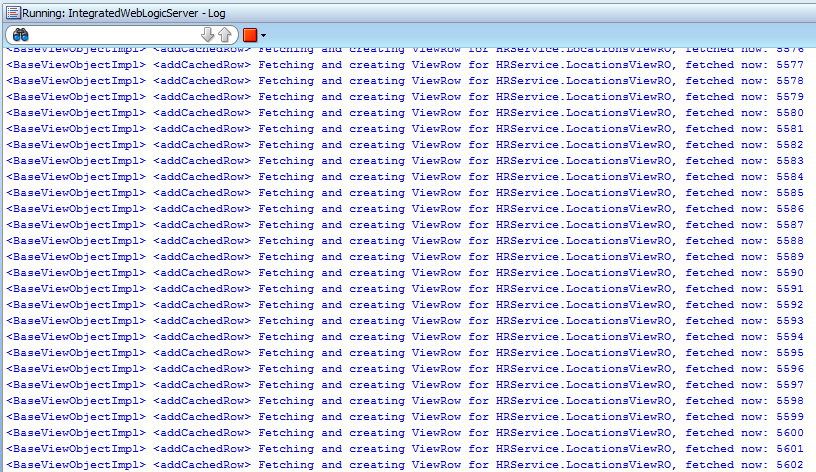